Autism is a neurological disorder that affects regular brain development, prevents the development of communication skills. This brings difficulties in verbal and non-verbal communication, the expression of repetitive behaviors. Autism can be diagnosed in children aged 3 years and even younger.

However, autism along with a number of disorders also has unexplored but obvious aspects. Every person with autism is an individual, and like all individuals, has a unique personality and combination of characteristics. Many people with autism have an exceptional talent for music, math, art, science or language. Autism disorder persists throughout the person’s lifetime, but as we can see, they do not prevent the famous people from overcoming obstacles and becoming what they are now. Here are some examples of how to “live” with autism.

Mozart  reportedly had repeated facial expressions and unintentional constant motion of his hands and feet  It was also believed that Mozart’s hearing was very sensitive and intense and loud sounds made him feel physically sick. Mozart was unable to carry on an intellectual conversation and existed in a careless and reckless way with impolite and frequent mood changes. Mozart’s letters indicated a presence of echolalia which may be a way of communicating for autistics.  These characteristics indicate that Mozart could have been on the autistic spectrum. But all this did not prevent Mozart from writing his first symphony when he was 5 years old.

The Wall Street actress received her diagnosis as a child. Her autism left her with debilitating shyness and a need to rock for self-soothing and made public events a terror for her. Indeed, Hannah became so weary of the struggle that she walked away from Hollywood to find some peace with her boyfriend and a rescue pig named Molly. She actively participates in environmental movements. She’s living a happy life now. 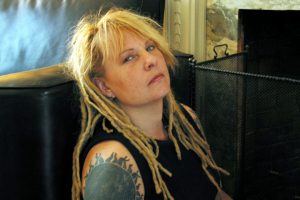 American anthropologist, primatologist and ethologist Dawn Prince-Hughes was diagnosed with Asperger’s Syndrome in high school. Classrooms were a nightmare of sensory stimuli, from the fluorescent lights to the feel of chalk. She spent most of her energy just trying to survive, putting up filters that most of us are born with. After a difficult childhood, a period of homelessness and a stint as an exotic dancer, she spent her first paycheck at the zoo. By the time she first met the gorillas at the age of 20, she had dropped out of school and bounced around on the streets – the worst place for an autistic person to be, she now says.

In typical Asperger’s syndrome form, she became obsessed and wanted to learn everything there was to know about gorillas.

For the next 12 years, she found refuge in watching the gorillas’ behavior, first as a visitor, then as an employee and researcher. She’s written a book called “Songs of a Gorilla Nation,” which chronicles her experiences with autism and the respite she found in studying gorillas. 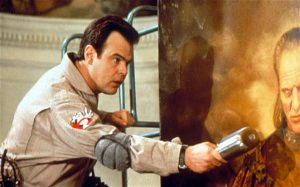 Aykroyd, the quirky comic of Ghostbusters fame, has Aspergers. He told Britain’s Daily Mail in 2013 that he credits his Aspergers for the creation of Ghostbusters. As we know people with autism have limited interests, but if they like something, they want to know everything about it. At that time one of Dan’s symptoms included his obsession with ghosts and law enforcement. He became obsessed with Hans Holzer, the greatest ghost hunter ever. That’s when the idea of his film Ghostbusters was born.

Singer, reality show star and Autism Speaks celebrity ambassador Toni Braxton has been an autism advocate since her teenage son Diesel was diagnosed at a young age. She became ambassador of Autism Speaks after her son was diagnosed with autism at an early age. After a huge rehabilitation process with occupational therapist, speech therapist, now her son is in a public school.

Jennifer Ann McCarthy is an American actress, model, television host, author, screenwriter. McCarthy’s own son, Evan, was diagnosed with autism at two years old, which spurred her activism. She is the author of “Louder Than Words” and board president of Generation Rescue, a non-profit foundation dedicated to providing help to families affected by autism spectrum disorders. In one of her interviews, the actress noted that thanks to different therapies, her son start to communicate with others and take small steps to get friends. The actress advises parents not to give up.

These are just a few of the many success stories. And even though there’s currently no medication to treat it, however rehabilitation and early intervention can have a positive effect on the development of the child. The discovery of their skills and interests at an early age will help them to solve their employment problems in the future, and maybe give the world new geniuses.

noomee is a tool, that helps children with Autism Spectrum Disorder to be self-dependent.